I had the opportunity to perform at the annual MLK Celebration Service at Friendship Missionary Baptist Church in Columbia, TN. I have performed here many times before, but this day was very special. The entire church was filled with people of all shapes, sizes, ages colors and beliefs - united to observe the legacy of the late Dr. Martin Luther King Jr. It was truly a beautiful sight.

One of my classmates from high school and college, Sam Houston, recited the ENTIRE "I HAVE A DREAM" speech... It was POWERFUL! I've seen Sam recite this speech many times and he never fails to deliver.

I was asked to do an instrumental version of the old hymn "Precious Lord, Hold My Hand." This song has a history of being a source of encouragement and strength in weary times. I prefaced my performance by recalling a scene from the movie, "Selma", where Dr. King calls Mahalia Jackson very late at night (played by singer Ledisi) just to hear her sing "Precious Lord". He needed some strength and inspiration to help him before he left out for the Deep South.

I played the song with a rubato intro stating the melody followed by a medium tempo groove playing through the song for a few choruses. I ended with a ritardando and cadenza...(slowed down and improvised a little to conclude the song.)

I respectfully bowed and proceeded to go to my seat before I was stopped by the Mistress of Ceremony. Little did I know, I was about to recieve the "MLK Drum Major Award".

It read as follows: “In recognition of your service, as well as your ability to motivate others to achieve in the field of Education."

I was overwhelmed with emotions as I received the award...WHY? Because I know that I'm not worthy. I can think of other people that could easily get this award. BUT GOD...

I know exactly Who is in control and orchestrating my life.

As a performer, music has always come fairly easy for me. Coming out of high school, I was accepted for a Minority Teaching scholarship which is really what provoked me to go into Education (I was leaning towards a jazz studies/saxophone performance degree). When I decided to go to MTSU for teaching, I wasn't sure if I could hang.... BUT GOD...

It hasn't come easy for me but over the past five years of my career as a band director, God has been with me the entire way. I'm constantly aware of the fact that I have an awesome job. That job is to share the gift that God has given me to the youth (the future). As an educator, I am constantly learning from my students, my colleagues and myself.

I'm very grateful for recieving the Drum Major Award and attribute this accomplishment to God's favor on my life...MLK Day was - and always will be - way more that just a day off. 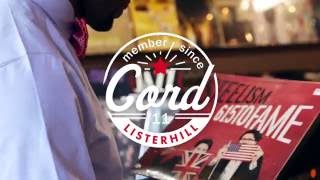 Classroom Chronicles: Finalist for Tennessee Teacher of the Year 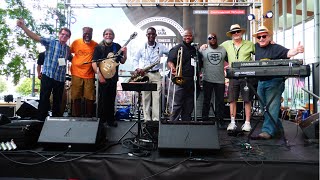